Hurricanes are forces of nature and part of life in South Florida. As people learned to spot the signs of an impending hurricane, they developed survival skills. Unfortunately, myths about hurricanes also surfaced – and many are downright dangerous.

1. Taping Windows Will Prevent Them From Shattering During a Hurricane

This is probably the single most stubborn and dangerous hurricane myth out there! Luckily, we’re seeing some progress on debunking this – you rarely, if ever, see TV footage of people taping their windows before a storm.We’re big fans of duct tape but they will not protect windows during a hurricane.

The idea behind this hurricane myth was that the tape would prevent small glass shards from flying in. Problem is, it allowed big shards to fly into the home! We strongly recommend installing safety-tested impact windows. They withstand hurricane winds up to 170 mph as well as projectiles. If this isn’t an option, hurricane shutters will also protect windows (and look nice, too). The last option is to nail plywood over the windows. It doesn’t look nice, but it will provide a degree of protection.

2. Open a Window to Equalize the Air Pressure During a Hurricane

Another example of well-meaning hurricane myth is to crack open a window during a hurricane to equalize the air pressure inside sand minimize damage. Additional “advice” was to open a window on the downwind side of a storm. No building is airtight, so, this is not only unnecessary but will allow debris and rain to fly in – even through the little crack.

Plus, hurricanes are not blowing in one direction – the air is all over the place, which is why it’s so difficult to predict a hurricane’s track! Keep the windows closed during a hurricane. If you don’t have hurricane-proof windows, secure a sturdy wood cover over them.

3. Store Valuables in the Dishwasher

Dishwashers keep water from leaking out, so they must be safe for valuables, right? Wrong. This is one of the stranger hurricane myths we keep hearing. Dishwashers are just as likely as any other appliance flood during a severe storm.

They are hooked into a water source and drain through the same pipes as the kitchen sink drain. During a storm, water can reverse back into those pipes and the dishwasher. There are some watertight safes on the market. The safest place for valuables, though, may be the local inland bank vault.

4. The Weather Looks Good and Forecasters are Probably Wrong So Stay Put

If there’s an evacuation order, leave. Your life and your family’s life (and we include pets!) is more precious than property. Don’t be tough like Grandpa and wait it out. Back then, hurricanes were smaller with lower wind speed. There was less stuff around to destroy. Pack up the Honda and get out!

5. I’ve Got Enough Medication to Last Several Days To Ride Out a Hurricane

Pack up the medication and get out of town. At least this hurricane myth is onto the right idea. Pharmacies are just as likely as other businesses to sustain hurricane damage and close for a week or more. Stocking up on medication, water, and non-perishable foods is standard disaster prep for South Florida.

Remember, impact doors and windows will protect your home far better than standard ones. And even if you have them, follow an evacuation order. If the storm takes a different turn than forecasted, don’t curse the weather teams. Instead, breathe a sigh of relief that the area was spared! 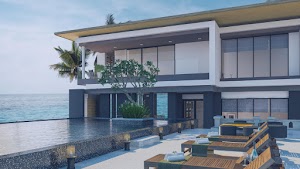