The Worst Places for Hurricanes in Florida

Florida is known as one of the most problematic areas when it comes to hurricanes and storms. With some major hurricanes behind us, people are wondering what the next years and decades will bring. Although some say that we left a rough time behind us, research shows that the worst Florida hurricanes are yet to hit this area.

Considering that Florida has been hit by some major storms and hurricanes in the last thirty years, many people are now reconsidering their move to this area or even going there as tourists. To help you decide on what steps to take next, we’ve made a list of 10 cities that have a high chance of being hit by major hurricanes in the following decades, so read on.

How Many Hurricanes Have Hit Florida?

Hurricanes are very common for the Gulf Coast area and the Atlantic seaboard, but the south-east shore states have experienced some of the most intense hurricanes in the recent few years. From the 2000s and onward, Florida has been hit by some devastating hurricanes that caused huge damage worth millions of dollars, with Hurricane Michael and Hurricane Katrina being two of the strongest in recent years.

It is believed that Florida will be hit by more major hurricanes in the following years, so the people should be informed and warned on time.

Although the whole territory of Florida is prone to hurricanes, some cities are on major impact lines than the others. Since there is no way to be completely protected from catastrophic hurricanes and storms, it’s a good idea to think of effective ways to protect your home and family.

This can be achieved by investing in high-quality hurricane impact windows and doors as provided by Ocean Impact. Our products are specially designed to provide maximum security from high-level hurricanes, strong winds, and blasting noise. You can contact us for more details and we will make sure to meet your specific needs.

High-Impact Areas For Hurricanes in Florida

Hurricane experts have been researching the possibilities for future hurricanes based on the statistics taken in the last 100 years. It’s not easy to say what are the 10 safest Florida cities from hurricanes, but the researchers have made a list of cities that are most likely to be hit by catastrophic hurricanes or storms. To be sure you’re always safe, it’s good to know what future holds when it comes to major hurricanes and storms. Here’s a list of cities that are probably going to be hit by a major hurricane:

Key West is the last of the island chain, located on the south edge of the Florida Peninsula. Passing hurricanes and storms can affect this area from all sides since it’s completely exposed. The last hurricane that was noted here was a Category 2 hurricane in 1998, and a Category 1 hurricane in 1999. Also, this area was nearly devastated in 2005 by Hurricane Rita. What is more, it is said that this part will probably be hit by major hurricanes in the near future as well. 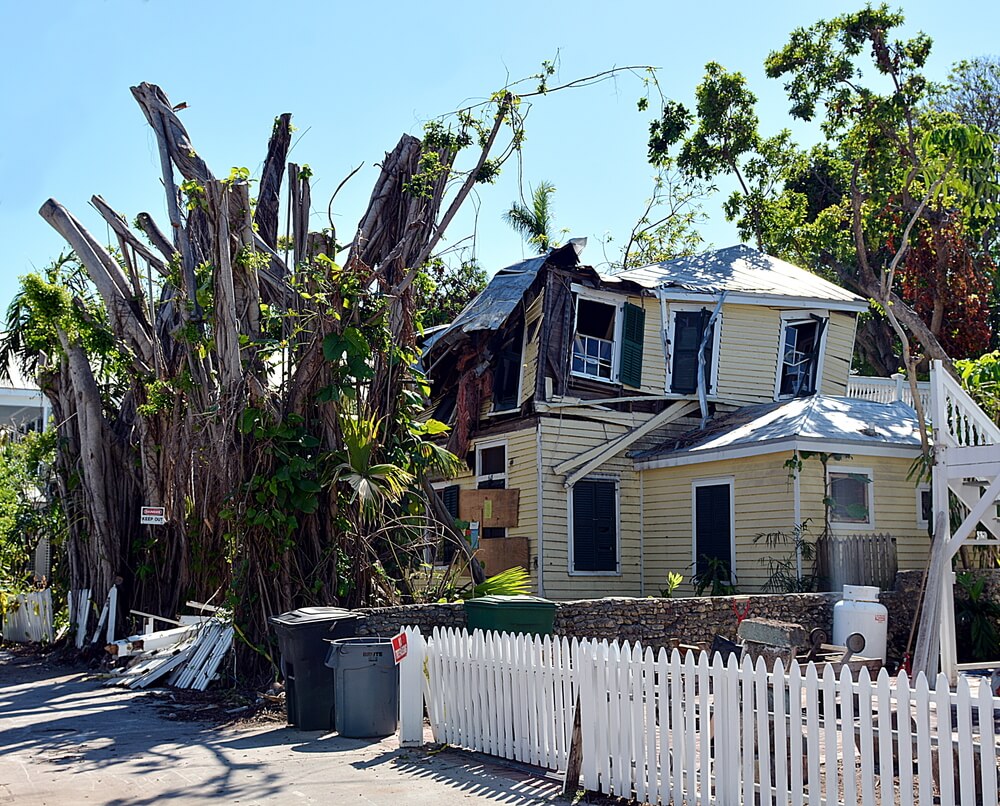 This part of Florida encompasses the cities of St. Petersburg, Clearwater, and Sarasota, but it’s also high on the list of cities that are under possible impact by major hurricanes. Of the most recent hurricanes that affect the Tampa area was Frances hurricane in 2004, but it was of decreased intensity and it brought heavy rainfall and strong winds.

Among the most devastating hurricanes hit the island city of Galveston in the previous decades, including one in 1989. However, Allison tropical storm in 2001 brought a lot of rain to this part and caused a lot of damage. The residents of this area can expect more hurricanes in the next years.

Florida Panhandle is another area that has been affected by major hurricanes in the past and is estimated to be impacted by future hurricanes as well. In 1995, the Pensacola and Panama City metro areas were under impact by hurricane Opal that brought strong winds going up to 125 mph. Also, hurricane Ivan stroke this area with Category 2 intensity in 2004.

South Texas Gulf Coast is also on the list of hurricane-affected areas, but hasn’t been hit by catastrophic hurricanes or storms in the recent years. The last time this part was hit by a hurricane was in 1999 when a Category 4 hurricane Bret made some serious damage here. The good thing was that Bret hurricane hit sparsely populated areas between Brownsville and Corpus Christi. However, it is not known what the future holds, so you should be prepared.

Southeast Florida covers some major cities such as Miami, West Palm Beach, and Fort Lauderdale. Hurricane forecasters say that this area will be hit by extremely strong-wind hurricanes like Category 3 or higher once in every ten years. In the last few decades, Miami was hit by a Category 5 hurricane Andrew (1992) and Category 2 hurricane Jeanne (2004). People living in this area should regularly check the possibility in this area just to be sure about the possible outcomes. 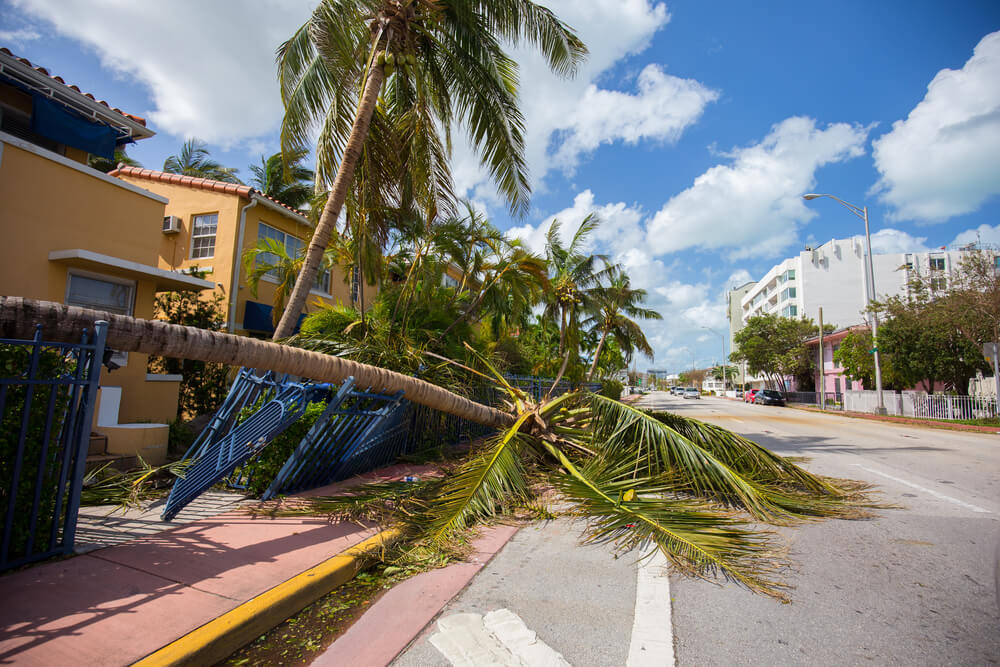 Southwest Florida includes Naples and Fort-Myers, big metro areas. This area has been hit by a major Category 4 hurricane Charley and it hit very close to the shore of Fort Myers. Although there is no way to know for certain, this area may also be on the line of major hurricanes in the future as well.

Despite it being a lightly populated area, Outer Banks Islands is prone to hurricanes that come sweeping across the eastern shore. Although there’s not much information on how much damage has been caused here so far, it’s good to be cautious in the future in case a major hurricane is headed this area.

The Central Florida Atlantic coast was hit by a Category 2 storm Frances in 2004, but the cities of Melbourne, Cape Canaveral, and Cocoa Beach are located north of the Miami area where the threat of hurricanes is not so strong.

This part has been hit by some of the most catastrophic hurricanes that hit Florida. New Orleans and Gulfport, Mississippi were destroyed by a Category 4 hurricane called Katrina. In 1969, this area was hit by 1 of 3 Category 5 hurricanes that ever hit the US. Generally, the Central Gulf Coast will be prone to major hurricanes in the future, so it’s good to be informed about the latest news and hurricane forecasts.

Being informed about the latest hurricane levels is good for all those who plan on visiting or inhabiting this area, Florida in particular. Take some time to research the location well before you go there, and if you decide to move to a particular place, make sure that your home is protected and hurricane-insured.

Edgar Ramos
17:03 17 Mar 21
Family owned business that really takes pride in their work. Jared has helped me on two different projects so far and... has taken the time to cover all the details and make sure we were set for success. I've received a wonderful product that my customer was happy with and will be using them for more projects.read more

John Sementelli
18:51 05 Mar 21
I had a great experience with Ocean Impact! Living right outside of Boston I was a little skeptical to work with an... out-of-state company, however Jared and Aleana were great to work with, and were very responsive. We ordered a double French door, and it was exactly what we were looking for! Great quality, much more energy efficient and secure compared to our traditional wood french door. Manufacturing and shipping was a little slower than we would like, however this was expected during the pandemic and they communicated this to us as well. Overall we were very happy with our purchase and the finished product looks amazing. I would highly recommend them.read more

Liv2dafulstT
16:45 09 Feb 21
I dealt with Jared, he tried charging me half of the fees he claims he paid for an expediter (which he wanted to... inflate the costs of said fees he paid). He said he would send me pictures of the job and he never did. They also included lift fee in the contract that they never used, the company claimed that they never installed windows from the inside out and they did just that! Finally, he tried to charge me an additional fee for painting around the windows where the wall was damaged due to their work. The website clearly advertises that they provide post installation services INCLUDING PAINT TOUCH-UP and I receive an email from the company stating it was not written in my contract and therefore I must pay for it! Terrible customer service and they try to charge hidden fees and call their permits and fees by different names to RIP customers OFF!!Do NOT HIRE These people!read more

Kaitlin Kissel
18:00 12 Jan 21
Very professional group, and arrived on time daily. Excellent work and I’m completely satisfied. Ramos is an excellent... project manager and ensured I was satisfied with all aspects of the instillation of new doors and windows. Would recommend.read more

Jimmy Neira
16:22 21 Dec 20
I’d like toTake this opportunity to tell everyone what a great job Jared and family did when replacing our impact... windows and doors in Sunny Isle Beach. In this COVID environment they went above and beyond to follow protocol, including storing the windows we ordered for an extended time in their warehouse until such time as we were ready and comfortable with having workers onsite to execute on the replacement. They were also patient and diligent when responding to all the special handling requirements introduced by the board of directors of Winston Towers, including pre and post installation reviews and inspections. They communicated effectively with all the stakeholders involved in the project, building engineer, office manager, township representative and ourselves to not deliver a high quality experience . Special thanks to Alina, their office manager, who was extremely helpful in supporting all wire transfer activity. Also shout out to Jared and the Pilch family for earning our trust and friendship. Wishing them continued success!,!, Best wishes, Jimmy Neiraread more
<img src="https://oceanimpactwindows.com/wp-content/plugins/widget-google-reviews/assets/img/guest.png" data-src="https://lh4.googleusercontent.com/-ucpoK8HXFBA/AAAAAAAAAAI/AAAAAAAAAAA/AMZuucnJuc98vjQnj9qikcn